I had a little debate yesterday with someone over how to get young kids in lower income areas to read more. Considering the fact that I was “once one of those young kids” I believe my experience to be beneficial. When growing up all I really wanted to do was play basketball. I would often wake up at 5 or 6 am just to head out to the courts. As with most of the kids around my age from my area we were not interested in reading books. However, there was something that caught my interest and basically helped me to teach myself how to read, and that was “comic books.” The man I talked to yesterday believed that comics were “not of great substance” for children to read, and to that I begged to differ. I produced a comic book that had a plethora of “big intellectual word content” and showed that “certain ones” would not only increase a kid’s ability to spell, but also grammar and usage of the English language. I said that you can try to “force” a child to read a book, but most kids that I know of rebel at the mere thought of that. Comic books are fun, they are informative and the pictures associated with them will often help a child to deduce the meaning of words on his or her own. The most important thing about this is that comic books will “increase a child’s DESIRE to read,” and that desire is critical. Any child is a product of his or her own environment. My parents invested in pool tables, ping pong tables, baseball equipment, basketballs, musical equipment, art supplies and even pogo sticks. My brother and I were able to master them all. When a child has no activity then that is when a child will usually generate his or her own activity (and that may or may not be a good thing). I used to read a lot of Marvel comic books. There were a lot of big words and great stories in them. Now with the new Marvel movies coming out the promotion should motivate kids to “want” to read the comic books associated with the stories they see on the big screens. Education is value, and if you truly want to increase the IQ’s of some poverty area kids then you need to make learning fun for them. I’m sure someone will disagree with me, but I truly believe that if the schools gave out comic books to kids they would actually witness their reading abilities increase significantly. I started reading comics in the second grade, and my reading skills became exceptional. A child needs a lot more than just 4 walls to pay attention to. If you want that child to excel in life then give him or her “something to do.” This may not work for everyone, but if it increases a child’s desire to read then that is the best anyone can hope for. I don’t think the school system has anything to lose by “trying it.” Maybe one day that will happen. In the meantime please fill your child’s life up with activity. A busy child is a happy one, and you will have less worries about what your child is doing. Thank you for checking out my Daily Thought, and as always I wish you the very best that life has to bring. 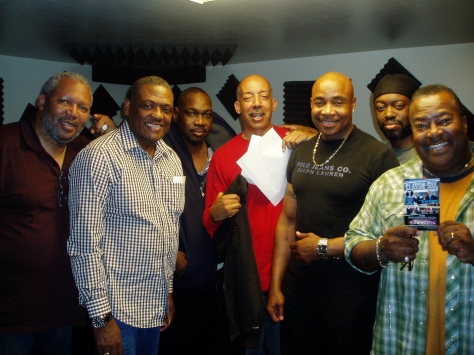 Last night I got home at a rather late hour (which usually happens whenever I play at my Wednesday night spot). While getting out of my car I heard a faint voice calling out to me (not by name). I looked and I saw a small figure with an umbrella walking towards me. In my neighborhood that rarely happens because my area is a peaceful and quiet one, especially at 1:30 in the morning. This figure identified herself as an elderly woman who seemed to have a sort of dilemma. She said her name and mentioned that she was 71 years old and not looking to hurt or harm anyone. Not feeling afraid I stood there and listened to her. She said that her daughter recently had a baby but was no where to be found. Her daughter lived with her but she didn’t have any money to get the baby Similac. She showed me her ID, showed me the address and her name verification and asked if she could have just $4.00 to help her out. Immediately my mind started processing her information while listening to what she was saying. She mentioned that she needed to go to the CVS pharmacy to get this for the baby (even though the nearest pharmacy was a minimum of 5 blocks away, and she was on foot). In my mind, I came to the conclusion that she was not being fully truthful at all, and I detected inconsistencies in her story. If it had only been her and the baby at home, then how could she leave the baby alone to prowl the streets? However, I also know that she was a 71 year old woman walking the streets late at night, and while her story may not have been believable I also realized that she could be putting herself in great jeopardy by being outside late at night approaching strangers for money. My disbelief was further compounded when I gave her the $4 and she proceeded to walk in the “wrong” direction away from the CVS pharmacy. Also, if she was “that much” in need then she would have asked me for a ride to her destination, which she did not do. Many people will probably say that she “got over” on me, and to some extent that would be correct, but as long as she left the area feeling satisfied with her 4 bucks then I was satisfied with that. I know there are con artists galore all over the world. I didn’t need a full explanation of any kind from this woman to know that she didn’t belong on the streets at such an hour. To me, it was worth the money just to get her off the street. However, if I see her again at  night (which just might happen) then this will be handled in a much different way. You can get me once, but I get wiser with my second chances. I may have helped her out, or I may have contributed to her drug addiction. Either way, I managed to get a 71 year old lady headed back home and off the street, and for that i do feel good. I hope you don’t mind me sharing this story with you today, and I wish the very best that life has to offer you today. 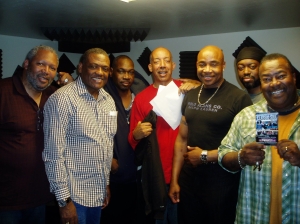 Over the duration of my musical career, I have been truly blessed to play behind many music legends. Some of the people I have performed with I actually listened to when I was younger. Well, this past weekend, I had the opportunity to play for one group that I had never played for previously. This past weekend I performed for the very first time with “Blue Magic.” They had such hits as “Spell, Sideshow, 3 Ring circus and Stop to Start.” I was actually the music director for this event and I was the leader of the band. The show went well and a lot of people loved it, but part of this story  leads to  my topic for today. You see, a lot of groups from years ago are “supposedly” still performing. The only problem is that when you go to a concert to see these groups most times you “never know” who or what you are getting. For instance, there are at least 3 Delfonics, 3 Sylistics, 3 Temptations and about a gazillion “Platters.” When you purchase tickets to a concert, you never know how many “original” members are with the group. There are times when some of these groups  may have “no” original members at all. How can you tell if you are getting the real thing? Sometimes you can’t. I remember a group years ago called the Futures. Their biggest hit was a song called “Love is here.” Well, I had been asked to play behind this group that “claimed” they were the Futures. Of course, what these guys “didn’t” know was that one of the “original” members of this group lived right around the corner from me, so “naturally” I enlightened him to this situation. He informed me that most of the group had died and there were only two original members left, so if it wasn’t the other guy and it wasn’t him, then these guys were fake. For the record, John (my neighbor from the Futures) decided to come to their show to pay them a “visit.” I guess what I am saying is that it is “easy” for anyone to steal the name and go make money touring.  Harold Melvin’s Bluenotes have absolutely “none” of the original members in the group, but they still manage to tour a lot based on “name” alone. Whenever I play a function for Philadelphia International records it is almost like working with a skeleton crew. Most of their artists who had big hits are now deceased. People like Lou Rawls, Phyllis Hyman, McFadden and Whitehead, and Teddy Pendergrass (Even Michael Jackson) were big hit makers for them, but they are no longer with us. I guess I am saying that it was an honor to play for Blue Magic, but then I heard that there are about 3 of them as well. The group that I performed with had one original member in the band, even though he was not the lead singer. As long as the person attending the concert doesn’t know (or doesn’t care) whether or not he or she is getting the “real deal” then that is what matters. However, if you are going to pay a lot of money for tickets then it will be up to you to figure out “what and who you are getting for your money.” A good friend of mine asked me what I thought about groups who  carry the name but not the authenticity.  I just said that no one lives forever, and at some point ALL original members will be gone. As long as I am getting paid, I will gladly play for “whoever is left.” The people at the event enjoyed the show, so  that is “more than good enough for me.” Music is  music, and all of us should be able to perform it. Hope you are having a great day. 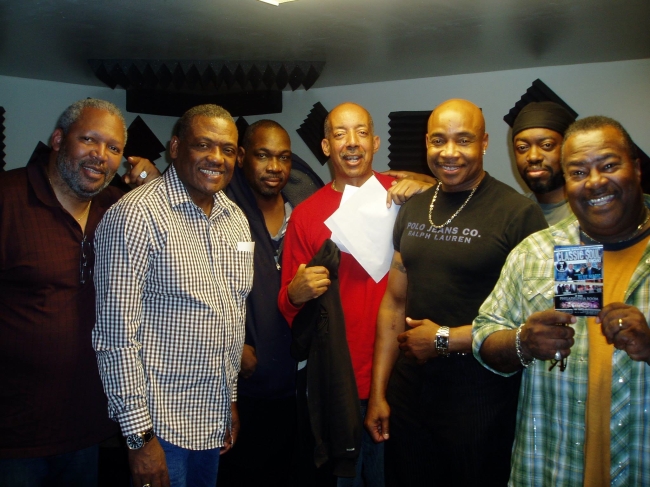