The NBA All Star game was held yesterday (Sunday, February 16). I had to play 3 church services so I missed it, but I heard about Chaka Khan’s rendition of the National Anthem. Chaka sang it prior to the game, and people and talking about it. I decided to check it out for myself to see what happened. For those of you who missed it, you can catch it here:

For the record, a lot of professional acts have been chosen to sing the National Anthem. Some have done better than others. After reviewing Chaka’s version I came up with a couple of things. For one, Chaka ‘obviously’ wanted to add her own artistry to the tune. She didn’t want to do it the customary (or ordinary) way, which a lot of artists have done in the past. From what I saw and heard, her biggest issue was that in trying to add her own style into the song she often went off key. It doesn’t mean that she was a bad singer, but I feel she tried to put “too much” into the tune. While some may roast the version she did others will love it. I was worried that after hearing her hit some of the high notes she wouldn’t be able to get back to the proper key of the song. I can tell just from hearing her that she could easily have sung the song properly. She has the right to add her own flavor to the song. Marvin Gaye did it reggae style many years ago and people loved it. I have played for Chaka before. She is an artist with great ability to sing. Hopefully people won’t judge her career by this one performance.  Thank you for checking out my Daily Thought and as always I wish you the very best that life has to offer. 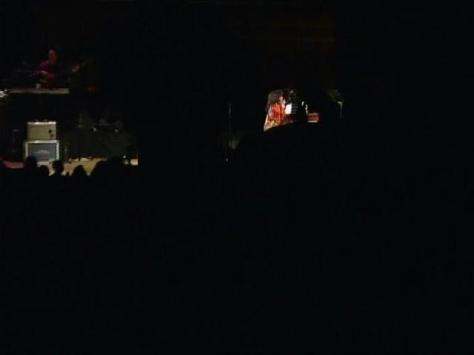