Yesterday I got a call from someone who told me that my warranty on my car had expired. He told me that I could get a new warranty through him (and his company) by simply giving him $125 down and monthly payments of $140. After that, if I had any repairs needed there would “only” be a $100 deductible. Being ever skeptical, I had questions (lots of them to be exact). My very first question was “Who are you?” He rambled on in the very beginning and at first he wouldn’t give me any price quotes for this warranty but yet he was “very direct” in wanting to know if I would use my Visa or MasterCard.  I then asked him if he would give up money to someone he didn’t know on the phone. Of course he said, “Sure I would do it. The money I am asking for is nothing.” I then said “Great, since that is the case we can do it with YOUR money.” You can make the down payment (and subsequent monthly payments) on this, and if after awhile you are legit then I might give you the money back. Well, needless to say he “didn’t” want to hear that. He wanted to know why I was so hesitant to engage in this transaction. I told him that I needed to know the name of his company and I needed to check to make sure that he wan’t some kind of scam. He told me that I should never go by posted reviews of a company because there will “always” be something negative. That immediately triggered a red flag with me. I told him that I would do more than just check online reviews. I would do extensive homework on his company to be sure.  He then told me that due to the fact that the car might be damaged there would be “no call backs” on this offer. I then asked him if it seemed strange to engage in a business where there were no call backs. He said that the reason for this was because his company doesn’t know if there would be any new damage to the car and that was the reason they wouldn’t call back. I then stated that he didn’t know if there was any existing damage to the car NOW and yet he was “still” trying to get my money. We had a good debate and he started to get very upset. That only made me more determined. Maybe he was legitimate. I don’t know, but the way he initiated his proposal didn’t set off very well with me. I then told him that I will not give my payment information to anyone I don’t know unless I check them out thoroughly first. He said he would send me an email for me to check. I then told him “Anyone can have an email address.” He was relentless. So was I. We debated for about 45 minutes. He finally got mad and hung up the phone on me. Well, I guess I blew that opportunity. By the way, he said the name of his company was Platinum Plus. I will still search the name just to be sure. I am sharing this because there are a lot of people out there who want your money. They will act like they are doing you a favor. Don’t be afraid to check up on people, and don’t give your money to anyone you can’t verify or validate. I may have blown a deal for a new car warranty, but I feel comfortable knowing that I didn’t give in to the demands of someone I don’t know wanting me to give up my money. Thank you for checking out my Daily Thought an as always I wish you the very best that life has to offer.

Ashford and Simpson in concert with Brett Jolly on bass 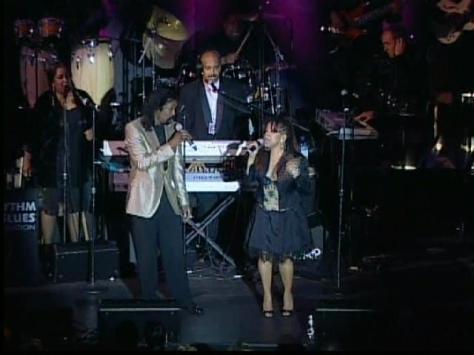