This may sound silly, but hopefully by the time you finish reading this it will make more sense. BB King always had a “nickname” for his guitar. He called it “Lucille” and everyplace he played people recognized his guitar by name. Eric Clapton called his guitar “Blackie.” George Harrison called his guitar “Lucy.” Eddie Van Halen called his guitar “Frankenstein.” Willie Nelson called his guitar “Trigger.” I don’t put myself in the same category as these other musicians but I still like to have a name for my bass guitar anyway. This wasn’t always the case. My daughter Jazzmin actually named my first 6 string bass guitar. She named it after a character on the cartoon show “The Boondocks.” If you ever watched the program then you might be able to relate to the name she gave it.  The name of my original 6 string bass guitar was “A pimp named Slickback.” You had to say the “entire name” of it in order to get it right. Now I have a “new” 6 string bass guitar, and I asked my daughter to give me a name for this one as well. Considering the fact that we just recently went to see the Avengers movie, she decided that my bass guitar’s name should be “Thanos.” I loved the name, and now I am set. Having a name for my guitar gives it “identity” and it also gives my guitar fame “without me.” It is almost the same as having another child. My guitar may not walk, eat or sleep, but it “can talk” and under the right circumstances it can “say a lot.” I don’t know how many other musicians have a name for their “basses” but for me this just “feels right.” I may be just a tad “eccentric” on this but I like the name “Thanos.”  When I get my next guitar I will get another name from my daughter.  Thank you so much for checking out my Daily Thought and as always I wish you the very best that life has to offer. 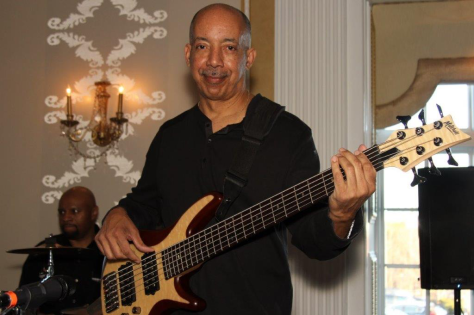