As entertainers we are often expected to bring smiles to the faces of those who are there to see us. Often we ourselves have to smile no matter what we may feel or what we have been through in our own lives. There have been several times when things were not going well for me but yet I still had to act onstage as though all was perfect. Last night at my Wednesday night event “the show had to go on” despite the fact that one of our best patrons and supporters lost her battle to cancer. Renee Adams was a female bass player. She loved to come to our events and often I would  get a break every time she came up to play. She had cancer, and not too long ago she said that she felt pain free. She felt vibrant and energetic, and she was thankful for feeling as though she was beating the disease. Then her absence became more prominent. This was our indication that it had come back. We all wished the best for her and wanted her to get well. Yesterday morning she passed, and her family came out to our event last night. It was a touching moment. Normally we are always so upbeat whenever we have our events (and yesterday we were still upbeat, but the spirit just wasn’t the same). We played well. We inspired the crowd. However, when her husband brought her bass along with her guitar stand and placed it onstage with us it was a very heartfelt moment.  At the end of the night we performed her favorite song to play, and that was “Boogie Oogie Oogie” by “A Taste of Honey.” Yes, people loved last night. It was emotional but so successful. Another musician friend of ours was there last night, and he had narrowly escaped death when he was hit from behind on his motorcycle by someone traveling 60 miles per hour. His name was Cornell Tubbs. He lost an eye socket, his rib cage, usage of his leg and so many other damages that it was tough to count. He barely made it, but he did pull through (and he made it there last night). Us musicians/entertainers often have to wear “masks” for the public, but we are just as human as everyone else. We feel pain, and we experience tragedies. The good part about what we do is that many of us can escape the bad things we feel by performing onstage. Michael Jackson once said that it is the greatest feeling in the world. I think I would have to agree with him. It isn’t always easy to entertain others while your own world is feeling hurt, but that is what we have to do. Today’s Daily Thought is designed to enlighten you to the realness of what we do. Thank you for checking out my Daily Thought, and as always I wish you the very best that life has to offer. 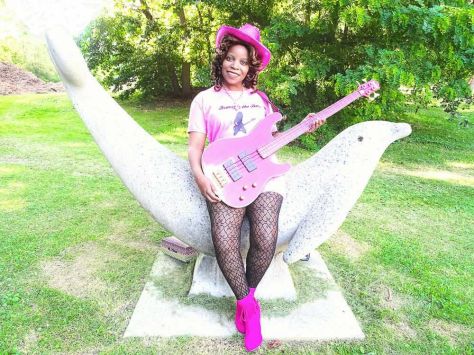