The one thing I do know about the next “transition of power” here in the United States is that there seems to be a lot of animosity over it. I actually hate to do stories on politics be…

The one thing I do know about the next “transition of power” here in the United States is that there seems to be a lot of animosity over it. I actually hate to do stories on politics because so many people have so many diverse opinions on the matter. From what I have already read, the approval ratings for this President elect are currently at an all time low. Accusations about a “stolen election” and about people that have been victimized, discriminated against and insulted have already “tainted” a lot of people’s views in regards to our next president. Obviously Donald Trump has a lot of people to win over. If he wants to bolster his position in the minority community then now would be an opportune time. This brings me to today’s Daily Thought topic. Trump reached out to comedian/talkshow host/radio personality Steve Harvey. Harvey is one of the most popular minority representatives currently in existence today. The problem is that after meeting with Trump Harvey received a “sea of backlash” from people who disapproved. Here is the actual story:

Personally, I cannot say that I am a devout Steve Harvey fan. When he talks about how people should handle relationships I keep thinking about the 3 marriages he had and the accusations of extra affairs. Yes, I do know that no one is perfect, and I am not trying to promote nor denounce him. I cannot vilify him for meeting up with Trump, because in order to make things better some form on communication is needed somewhere. If Trump reached out to him then that means that Trump is “at least interested” in mending fences with the Black community. Should Harvey have received the treatment he got? In my opinion… “No.” Was he the right choice for Trump to reach out to? Time will tell on that development. However, I do believe it would have brought about a whole different demeanor from people if he had chosen to reach out to Oprah instead. That is just my opinion. Trump has not even taken office yet and things already appear to be in a state of turmoil (at least on the surface). The one thing that will not help any of us is to “attack each other.” People have a right to disagree with Harvey’s visit. People don’t have the right to judge the intentions of his heart behind the visit. Whether we like it or not, we are going to have to give our next president the chance to make good. I would rather judge him on the things he does as opposed to the things “we think he is going to do.” In order for that to happen he has to “at least take office first.” As for Mr. Harvey, I will not condemn his visit (at least until the results of that meeting come to fruition). “If” it brings about significant positive change, then “we all should applaud it.” We have no choice but to “wait and see.”  Thank you for checking out my Daily Thought, and as always I wish you the very best that life has to offer. 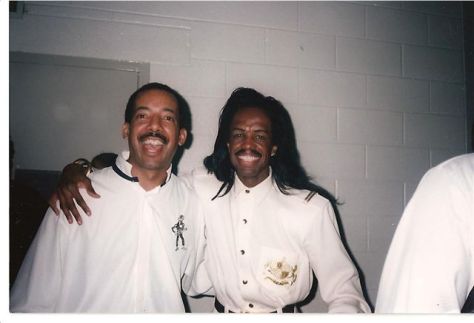