“The process of Peace.” The recent murder of the Russian ambassador to Turkey has been labeled by President Putin as an act of terror designed to thwart peace talks for Syria. While this was truly a cowardly act, should we consider this as a sign of what’s to come? Tensions are boiling from the East and the West for different reasons and the world atmosphere just doesn’t seem as calm and peaceful as it used to be. I realize that on a global scale this incident may not rank as high as some others, but does the world feel like a safer place when things like this happen? Terrorists are people on a mission to disrupt continuity for their own causes. Some (if not most) are “willing to die” to make their points known. When a man or woman is willing to give his or her life to inflict harm on others then that is truly an act of hate. My question is, “What could provoke someone to take hatred to such an extreme?” Behavior is learned. It is taught. The people who set out to bring chaos do so because they were taught the ways of violence. Why would someone teach others to commit acts of death and injury? Most times these people are doing so in “retaliation” for what they feel someone else has either done to them (or to someone close to them). The concept of “an eye for an eye” is real in a lot of minds. In their minds others are the terrorists. When someone commits a random act of violence against innocents it rarely ever makes any governing body bow down. If anything, they will get motivated to “step up” their efforts to increase attacks against those who committed the infractions against them. “Violence for violence… the pathway to world destruction…” On a planet where we all need each other to survive we choose to kill each other instead, and yet we still claim to be the more intellectually superior species on this planet. In some instances terrorism can also be a “cry for help.” Anyone who is willing to kill himself to send a message he will never hear the result of is engaging in “desperate behavior.” Most of those who are dedicated must feel that their lives are already over. The only difference is that they choose the time and place when they want it to  end (and how many people they plan to take with them). It doesn’t have to be this way. It would be nice if we had a “world gateway” where minds of differing opinions could meet up to share what they feel with others. Sometimes just being able to express your feelings could make the difference in all of us. The art of language and communication can be “really powerful” whenever we are willing to engage in it. Recently in Berlin a truck plowed into a crowd at a Christmas market, killing 12 and wounding 50. Here is the link to that story:

Death is decisive, final and permanent. It never opens up the doors of communication and often destroys our chances. Just like violence can be taught, so can the concepts of peace… No one can undo the wrongs of the past. Only when minds want to start from the present moment will we ever have a chance of making peace last. War is not a show of strength, but rather a recognition of weakness. The real test of superiority comes from realizing our own vulnerabilities and imperfections and not allowing emotions to dictate our actions. There is such a thing as an “intelligent fight.” In war there are no winners…only survivors… I have a fear that the next few years will bring about much more turmoil than the world needs. Somehow it feels as though this is only the beginning. No one man can save us, but collectively we can make a difference… Peace doesn’t start with you, or with me… It starts with “us…” Thank you for checking out my Daily Thought, and as always I wish you the very best that life has to offer. 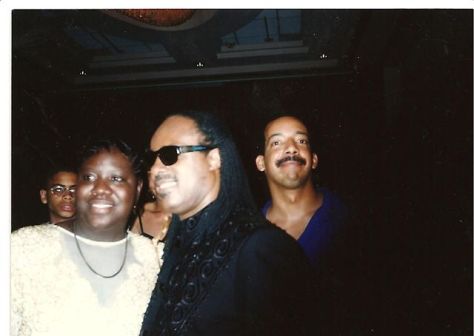