BB King is a legend in popular music. He is the “undeniable King of Blues” and if you never had the opportunity to hear him “live” then you truly missed out. His career has spanned decades and currently it has been “reported” that he is on hospice care. I never had the opportunity to play for him, but I did get to see his show once and even talk to him afterwards years ago. I think he is 89 now, but he might have been about 82 when I saw him years ago at the “House of Blues” in Atlantic City. As old as he was “then” his voice was still nothing less than “tremendous and powerful.” They way it resonated through the speakers was just incredible for a man of his age. His diabetes only enabled him to perform from a chair onstage at that time but he still kicked the show out. Unfortunately, time takes away all skills at some point but it was amazing how much he had left in his “tank.” After the show, I got to go backstage and talk to him briefly.  He was just as flirtatious with all the women there and there was no way he was going to be cheated out of living a good life. He invited women to sit on his lap and had a way of sending “implied’ messages to women just to show how fresh he was. I was cracking up laughing. This 82 year old man was still trying to get his groove on. I didn’t know what he could do physically at that age but that “surely” didn’t stop him from “trying.” However, I just “loved’ his spirit. When you can enjoy life like that then you are living a life of “quality.” I have heard speculation that there is fighting between his family and his management, and I only hope it can be resolved. His daughter is claiming that the manager fleeced him for all of his money (and now he is allegedly broke) and that the manager refuses to give him the proper heath care for his pain and suffering. Time will tell if that is true or not, but for now his many fans are hoping that he can somehow recover. He is truly a legend, and even though he has lived a full and productive life all the way up to the age of 89 it would still be difficult to say “goodbye.” I invite you all to Google his music and live concerts to see for yourself just how “awesome” he was. Soon it may be “all we have left.” Thank you for checking out my Daily Thought, and as always, I wish you the very best that life has to offer. 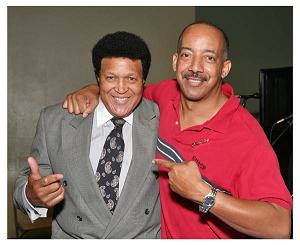