I just recently noticed this article whereby a man states that he awoke one night around 2:00 am to find some woman on top of him raping him. After cops conducted a DNA test and found it to match hers they promptly arrested her. Below is the link to the article:

The question that I’m sure many will ponder is “How can a man actually be raped by a woman?” By definition a rape occurs when someone forces himself or herself sexually on someone against his or her well. By the legal definition I guess it “could be possible” for a woman to rape a man. While it may seem possible it just doesn’t seem feasible or even probable. If I awoke one night and found some strange woman on top of me I would think that someone spiked my Sprite and I must have committed some crime while inebriated. In most instances males are stronger than women (I said “most… not all”) so unless a man finds a “huge” woman so big that he can’t move her then chances are he should be able to escape that situation should it ever take place. So how can a woman rape a man? Well, if she is strong enough to tie him up then she could possibly violate him with a sizable instrument (Ladies, please don’t get any ideas on this one) but other than that I just can’t imagine how it could happen. On top of that (please pardon that pun), if the woman looks anywhere “near” decent, how many men do you know of that might actually “complain” about that? I can understand if the woman is an undesirable that you wouldn’t even touch under normal circumstances.  However, in order for her to rape the man there needs to be “some” form of attraction just to get him to “stand to attention.”  Either this guy was a “very” sound sleeper or his dreams must have made him  think that he was involved with some amazon princess or something. Also, if he didn’t know the woman then how did she manage to get close enough to  him in the first place? Did she climb through his window or break down his door while he was asleep (or was he asleep aside in an alley someplace?)? This story sounds fishy to me, but the law is the law, and by definition of rape, they must feel that they have enough evidence to charge her with the crime. I guess all you guys out there had better start protecting yourselves at night (smile). I know this is different. I just felt that this was too weird a story to pass up today, so I felt compelled to feature it. Thank you for checking out my Daily Thought and I wish you the very best that life has to offer today. 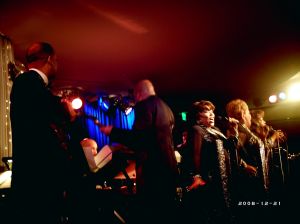