It is one thing to hear news about someone on social media that you don’t know. It is another when something happens to someone you are familiar with. I mentioned on a couple of occasions that I had worked with a Jimi Hendrix tribute band. I had worked with people that I came to know as good friends as well as good musicians. Well, I had just received news that the drummer for that band,  Jeff Farrello, just recently died from  an accidental drug overdose. Many times I have  heard stories of people who died from drugs, but when it happens to someone  you know personally it takes on a different magnitude. No, I did not know Jeff really well. I did not call him on occasion, nor did I even ask for his number. He was a great drummer with a special flair for playing the music of Jimi Hendrix, and at our last gig together he told me just how much he loved playing onstage with me. As far as I was concerned the feeling was mutual, and now I am saddened to hear that we will never play together again. Many times people have equated  musicians with drugs, wild parties and reckless romps with women. I am proud to say that this stereotype can never be attributed to me. My parents raised me and instilled me with “great values” and while I readily admit that I am by “no means” perfect I feel proud to say that my life is totally drug free. I have known many musicians who have been tempted and even overcome by their own bad habits. To me, music should be the “only high” we need to get that feeling in life. However, I can only be responsible for myself and preaching  my own personal values to others won’t stop any of them from indulging in their demons of “escape.” My mind is blank at this point because I am not sure of what to say. I can’t label him a great role model. I can’t say that he lived the good life. The best I can come up with at this stage is that Jeff was a great player who had issues coping with life. Some of the best singers and musicians have succumbed to the vices of drugs, including Jimi Hendrix himself. At least Jimi got his name and his music out there before he left this world. Jeff’s legacy will have to remain unfulfilled at this point, and that is so sad. People die each day. No one lives forever. However,  when we can have some semblance of youth and control in our lives then our lives should have more value. When I come across the “next” Jeff Farrello, I don’t know if I should try to save him or not. Drugs are powerful, and once you are hooked all  logic seems insignificant. You are  only as good as your “next high.” My deepest condolences go out to his family, and I only hope that I can find anything positive from Jeff’s existence to help me go on. We live, we learn, and we cope… I will miss you, Jeff, but it was my pleasure to jam onstage with you. “Life”… goes on… 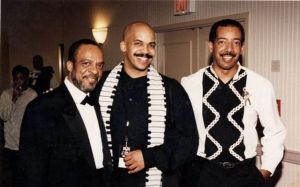