Today is officially listed in United States tradition as “Halloween,” a time when people (usually  young kids) dress up in costume and go to doors soliciting candy and other treats from neighboring households. I have noticed that each year around this time it seems as though “less and less” children seem to be taking part in it. I am not sure as to why this tradition seems to be evaporating but I have heard different stories from parents who used to participate. One story involves the initial origin of Halloween. It has been proclaimed to be something that somehow “supports the devil” and has a negative side to it. In fact, it is believed that the concept of wearing costumes was done to either mimic or appease the evil spirits. When it came to “trick-or-treating” the underlying concept was that if no treats were offered then a “trick” was supposed to be played on the homeowner. As Halloween evolved over the years it has incorporated less of a sinister mentality, while still holding down the principle of “fun” for the kids. However, there  had been incidents where homeowners had “tainted” the candy with some kind of toxic or poison that would do harm to the kids, and that may be the reason why Halloween doesn’t seem the same anymore. I don’t know how this year will turn out, but if you are one of those who celebrate this tradition, I sincerely hope that you have a safe time, and by all means, be careful. 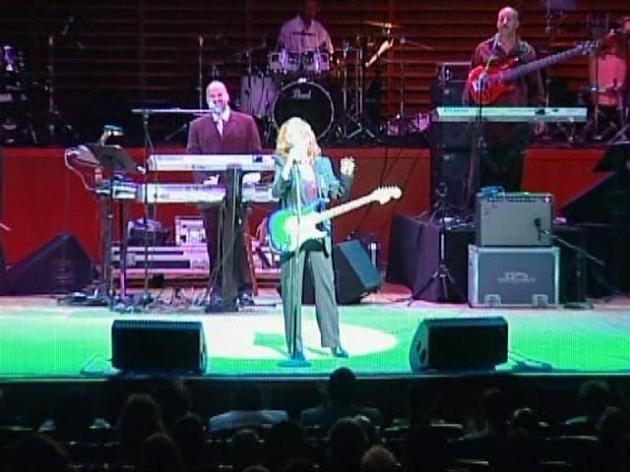 Brett Jolly’s Daily Thought (Topic: The reason why we all should write).

I have been doing my Daily Thought for quite a while now. In fact, I honestly can’t figure out just how long I’ve been doing this. Quite a few people have asked me “why” I do it, and my answer is quite simple: “To me, writing is expression.” The same can be said for music, and I love to do both. Most times it doesn’t matter how many people read your posts. Whether it’s 1 or “2 million and 1,” as long as someone likes what you post then the effort to write has been validated. Expression is what makes this world go around. You have to express yourself to alleviate problems in this world. You have to express yourself to show improvement in this world. You have to express yourself to promote love in this world. Through the art of writing you have a lot of power. Those who believe in what you write will in fact reach out to you. You don’t have to have a masters degree to post expression. You only need to feel “human” enough to “express” it. I encourage anyone who “feels human” to take up the art of writing. I was told a long while ago that in order to be a successful musician I had to first learn how to “read music.” To this day, I have never successfully read a music note chart (and yet I have played for some of the biggest acts imaginable in the realm of music). That is because I allowed my love of music to set me free of any “barriers” that hinder me from expressing myself musically. The same should be said for writing. Writing is something that we all can do, and if you can take the time to read someone’s post then you can also take the time to “write your own.” The only thing needed to inspire your writings is to just “experience life.” If you live it, then you can dream it, and then you can “write it.” I would like to personally thank those who check out my Daily Thought, and I only hope that if I managed to uplift your day in “any” way that I am able to “continue” doing so throughout the future.  That, ladies and gentlemen, is my “expression” for today. Please have a great one.

Brett Jolly’s Daily Thought (spying on the rest of the world… Is it justified?).

Mr. Jolly, do you think the United States and NSA were justified in spying on it’s own people as well as the rest of the world? It has been alleged that they even spied on their own allies. Do you think it is a violation of rights or do you think what they did was necessary?

Being a nation that invades privacy is not the image that we should want to convey to others, but in this case we need to look deeper than the surface. When you think about it, is there really any privacy anywhere? In most big cities, cameras are everywhere. Traffic lights and toll booths record you when you ride through them, and there are satellites in space. I have seen people on computer punch up a house address and the next thing you know it will show a “live” picture of the front of your house. There are gadgets that can spy on your conversations from right outside the house. There are even sites online that when you type in a person’s name it will give you all types of pertinent information including where he or she lives. When I first heard about the Unites States spying on telephone conversations and internet activity, I have to admit that I was not surprised at all. I was, however, shocked that “other” people were shocked over it. When I heard stories of terrorists coming into the country and being thwarted or caught as soon as they entered, I immediately believed that the “only” way the government could have known about this activity was if they “spied” on them. How else could they have known? Now comes the next question: “Is spying necessary?” If it saves lives, then by all means “spy on.” There are a lot of evil people in the world with evil intentions who are willing to risk their own lives just to take the lives of innocent people and make a statement. We can wait until they actually “commit” the evil deed or we can thwart them before innocent lives are lost. When you have an advantage over your enemy you are supposed to use it. Spying may not be considered morally or even “legally” right, but if it protects us then I honestly don’t care. To be honest, I think that “other” nations should do the same in  their “own” best interests (If they are not doing so already). Of course, now that spying has been brought out into the open then now terrorists will “step up their game” to “find new ways” to commit random acts of violence. So to answer your question, I do believe that spying is a “necessary evil” (even though I don’t believe that spying on our own allies is helpful, especially now that they have found out about it). In essence the cat has been let “out of the bag” and the world now knows our activity. Let’s admit our guilt and “move on.” We still live in a world that needs to be protected “from itself.” Let’s do all we can to ensure our own safety. I hope your world is safe and comfortable today and please have a great one.

The Miracles and Brett Jolly in concert

Dear Mr. Jolly. What are you thoughts regarding the early release of Dr. Conrad Murray, the man who administered the lethal drug that killed Michael Jackson? Instead of doing his full 4 years, they released him after only 2 years for good behavior. Also, Chris Brown just got arrested for physical assault in Washington, DC. What do you think should happen to him?

First things first: Dr. Murray’s punishment will “never” be over, because he will continually be labeled in history as “the man who killed Michael  Jackson.” Many people, including Michael’s family, detest him because of how Michael died. I am  not about to be an advocate for Murray or his medical practices, but I honestly believe we all need to accept the truth. Michael was a “drug addict.” The worst part about it was that Mike was a “drug addict with power.” To me, that means that if Murray had not killed him, Michael was Hell bent on killing himself. Mike had told his ex wife, Lisa Marie Presley (yes, daughter of Elvis) that he believed he was going to die the same way her father did (from drug overdose). In order to make a statement like that, your life has to be “on the same course” as Elvis. People with money and power can get just about “anything” they want. If Murray had not given the drug to Michael, then he would have gotten it from someone else. While Dr. Murray did not issue the right medical procedure I don’t think it is fair to blame him solely for Michael’s demise. If the family could have “intervened more” in Michael’s life, then maybe they could have averted that whole scenario in the first place. However, I just don’t think the family was close enough to him to exert any “control or influence” over his lifestyle. For those of us who don’t know Murray, we cannot say for sure that he is a bad person at all. No one is perfect and everyone makes mistakes. His may have contributed to Michael’s death, but the reality of it was that this final outcome was “inevitable.” As for Chris Brown, this is yet “another” example of a celebrity who was not “mentally prepared” for stardom. It should have been recognized that he needed help ever since that first beating incident with Rihanna. His tantrums of destroying furniture and his rants on Twitter only show that he has “serious anger management” issues. If his people (in his crew) really cared for him, then they would have gotten him the necessary help needed for his uncontrollable fits of anger. Now since he has violated the conditions of his parole there is a good chance that he may be imprisoned for up to 4 years. That is sad. The moral of both of these stories is that with “power” comes “responsibility.” If you cannot live up to the responsibilities of your power then you could end up with the same results as these superstars. At some point, we “all” need to be held accountable for our “own” actions. While we tend to find a “scapegoat” for the things that happen to celebrities we often fail to understand that they had “choices.” Amy Winehouse, Rick James and Whitney Houston all had choices as well. WE… have choices… Thank you, and I hope you have an awesome day today.

The Soul Survivors and Brett Jolly in concert.

Yesterday, I had the honor of performing at the Philadelphia Music Alliance, and my brother, Bill Jolly, was one of those being honored for outstanding service in Philadelphia music. While there I ran into my good friends, Charlie Ingui and Richie Ingui, and they are the hit group the “Soul Survivors.” Their mega hit song was “Expressway to your heart.” They informed me that a concert we did at the Sugarhouse Casino was videoed and could be found online, so today I wanted to share a small excerpt from that show with you. It also features Johnny Croom on drums, Robert Wawa Legrand on guitar and my brother, Bill Jolly on keyboards. Hope you enjoy and have a great day.