Subject = Can’t be the bigger person

I am in need of some advice in my relationship. The man I am dating has only one child, a son who is now 20 years old and he has a young lady who he considers his daughter from an ex-girlfriend who is not his biological daughter. I told him I could only accept such a situation as long as he keeps a healthy perspective and had healthy boundaries in place.  The young lady is 19 years old and she is disrespectful towards me and usually does not speak unless he makes her.  He has advised me she is jealous and requires a lot of attention. Her mother is in a relationship of her own and her spouse has called him and asked him and the mother to stop communicating with each other since the young lady is not his daughter.  I feel the man that I am seeing is holding onto an attachment that he needs to let go of.  The young woman who he treats as a daughter treats him as another source of income and is taking advantage.  She has a relationship with her natural father and does not refer to my boyfriend as Dad but calls him by his name and only calls when she needs something.  I have pointed out the manipulation and asked him to set boundaries.  I am now at the point where I am ready to end the relationship as no new woman wants to deal with this.  He is a good guy but I told him I have a big problem with this issue and I am not willing to deal with it moving forward.  Am I wrong for feeling like I don’t want to be the bigger person? Is it unreasonable for me to ask him to leave his past behind him and not expect me to accept this situation?

There are a couple of things to consider with this situation. The first thing is that the definition of family is “not” solely limited to those who are only related by “blood.” If this young woman was an integral part of his life then he still has every “right” to refer to her as his “daughter” even though she is not connected “biologically.” That being said, although she is rude and lacks manners, I don’t think it would be totally  fair for you to expect him to just “let go” of her. However, that does not mean that you should have to tolerate her behavior either. The one good thing I heard you mention is that he “makes her speak” to you. That means that he at least “knows” she is being disrespectful and is at least working to “correct” that behavior. Unfortunately this young woman is 19 years old and practically an adult. At some point she will no longer have to listen to him. Then it will be up to him to determine how he plans to handle her. Two things are absolute: He “CANNOT” allow her to disrespect you and he SHOULD NOT allow her to disrespect him. If he cannot control her negative actions towards you, then he needs to make sure she cannot visit whenever you are around. NO woman wants to see her man being taken advantage of, so you have EVERY right to feel the way that you do. Your man has “choices” and he needs to make the right ones. It should NOT, however, fall on you to make those choices “for” him. When you threaten to leave him you are basically telling him that it’s either “her” or “me.” There IS another alternative if you are willing to consider it… Just let him know that you will not come between him and his daughter, but you can’t just stand by and watch her kill his spirit either. Instead of giving him an ultimatum, try coming to him from the standpoint of love. If it breaks your heart to see him treated this way, then let him know how you feel. You can offer to step back so that he can figure out what’s most important in his life. Right now he is probably under a lot of pressure and stress. There is no need for you to add to it. Remember, when a couple forms a relationship, the only things that should “really” matter are the things that directly involve only the 2 of you. When you start to incorporate the lives of others in your relationship then it is NO LONGER about only the 2 of you. Other people should not have “any” power over your relationship. Don’t threaten to run from your man, but try to get closer to him so that he can clearly “see” what the right choice is. That way you will give “him” control to do what he feels (and knows) is best. Good luck to you, and I wish the best for this situation. Here is the Phantom Poet to disrespect the laws of good poetry:

This young girl is NOT his biologically daughter, and I sincerely hope he “forsakes her.”
She is rude and disrespectful and won’t speak to me unless he “makes her”
I asked him to “set boundaries” and if he fails he will be in hot water
I don’t feel he should take that abuse from someone who “isn’t” his daughter
He needs to know that I can’t handle this and this situation may soon worsen
But am I  being wrong for not wanting to be the “bigger person?”
She is jealous and wants attention, but in time all of this may “pass”
But until then a good remedy might be to take a belt and whip her “ass”
Let ME apply it, and I will give her at least 6 good whelps, or maybe 8 or ten
And if I whip her hard enough, I promise she’ll want to “speak to me THEN!”
She will holler, she will scream, and she will utter grunts like “Ugh” and “Ow!”
But you can rest assured that she’s getting a LOT of “attention” now…
She is getting what she “richly” deserves and no mistake am I making
I am whipping her so hard that I think the belt might be breaking
She is “TOTALLY” respectful now, and now she is not even a bother
She has been a “perfect” little angel, and she adores me and her father
I realize that she is 19, but even at that age certain changes can come true
This kind of whipping has no “age limit”… and it was “long” overdue
You see, sometimes respect is not given and that’s when it has to be earned
and that is the PERFECT opportunity to get a belt and see to it that her backside gets “burned”

“Applied lovingly, of course”… by the Phantom Poet

If you have a topic that you would like to feature for my Daily Thought, please feel free to contact me via email at Brettjolly@aol.com or Brett@Love-notes.co (Or you can send me a friend request on Skype at Brettjolly1) Thank you and have a great day. 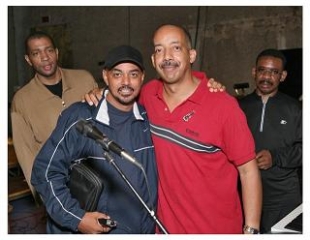