I have been dating my boyfriend for over a year. I asked him to change his Facebook status from “single” to “in a relationship.” He hasn’t changed it yet and every time I ask he says he doesn’t know how. When I told him how to do it he said he would. Well, it hasn’t happened yet and I know he’s on there every day. I’m beginning to think he’s not changing it because he wants to meet other women on there.

You could be right (in fact, you probably “are” right). I have a question, though. Is there anyone who DOESN’T “misrepresent” himself or herself to “some” degree on Facebook? It is the perfect medium to be the person you always wanted to be (but never really were). I have seen people who I KNOW have “issues” resemble Presidential candidates on their profiles. If you give a lot of value to what most of them say in their profiles, then you are setting yourself up to believe in almost anything. It is obvious your boyfriend doesn’t want to change his status on his page, but he also doesn’t want you controlling his page either. You need to determine just how important this is to you. While this may feel very disrespectful to you, the bottom line is that for some reason he wants to be viewed as “single” to all his Facebook buddies. You could spend a whole LOT of time monitoring his page but that will only further strain the value of your relationship. Think about this… If he wanted to be known as being a single man, he doesn’t need a Facebook page to do so. He can just “tell” any woman he meets on the street that he is not involved with anyone. If I know Facebook well enough, you don’t have to fill in “anything” for that particular status.  He could have just left this status “blank” and that way he wouldn’t be telling a lie at all, but if he is going to purposely list his status as “single” then you already know that he wants his friends to believe it. I am not trying to defend your boyfriend by any means because we all know what he is doing is wrong… I just think that continually monitoring his page is NOT the way to gain control over your relationship. We all know that people can say (and do) all TYPES of crazy things on Facebook pages (whether he is listed as “in a relationship” or not), and that is why I NEVER gave Facebook much serious consideration. I have seen profiles where people listed “other” people’s pictures in place of their own… When you continually monitor his page it creates the image that you are some type of jealous demanding woman (even though we all know he is lying on his page). You don’t need that type of image and you don’t need to give off that type of energy. If you have noticed that he has listed himself as single, then I suggest that YOU get a page for yourself and do the very same thing. What works for one… works for…”EVERY…ONE”.  I am sure you can gain just as much attention on your site as he gets on his (probably a little more if you take pictures wearing revealing outfits like all those other young girls do… if they are wearing anything at all). Don’t get carried away over his site. Pay more attention to your actual relationship with him. Most of those other girls know he’s lying anyway… Here is the Phantom Poet to help bring this moment to light:

My boyfriend is a flirt, and he really loves to mingle

He lied on his page, and one day he is sure to get caught

On his page he claims to be a lawyer, pro athlete and astronaut

He even claims to be a distant relative of Michael Jackson

How can he be related to Mike when his whole family line is Puerto Rican?

And if you pay attention to his other lies, then it really gets scary

He is claiming to be the REAL father of the baby belonging to Halle Berry (?)

So if he wants to list himself as single, then there should be no doubt

As for me, if he wants to be listed as single, then I’ll list myself as single too

When I list myself that way, I know that I will attract a whole lot of brothers

So if it works for him, then I guess its time for me to date others

I might have lied on my page as well, and listed my breast size as 44DD

But what the Heck! This is Facebook, and there is no need to fear

Because just about EVERYONE lies up in here….

So the most popular person on Facebook should be obvious, I guess

Because it seems that the best one, is the one who lies… the best…

Yet ANOTHER masterful artifact from the Phantom Poet

If you have a topic that you would like to feature on my Daily Thought, feel free to contact me via my websites WWW.Love-notes.co or WWW.Brettjolly.com. You can also email me directly at Brettjolly@aol.com. Thank you. 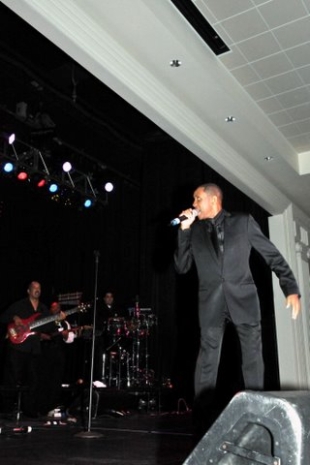