I’m a man who found myself in love with another man. He’s stirred feelings in me that I haven’t felt in years. I would like to tell this man (I’ll call him Dick) how I feel But Dick is old-fashion and I’m not sure he would accept a man loving him. Should I tell him how I feel and let the chips fall where they may? Or should I remain silent and just continue to fantasize about what might have been?

So now I’m supposed to write an article about some man who wants “Dick?” Yeah… okay… Listen, you can call him ANY name you like, but for my article you REALLY could have come up with a “less provocative” name for him. For today, we will go with your lead and talk about trying to get “Dick” (I can’t believe I’m even doing this). I don’t think that in ANY relationship you should start off by telling someone up front (sorry… bad choice of words there) that you love him or her, because a lot of people feel that you can’t really love someone without first getting to “know” them…  Dick may have a “hard” time accepting your love (Aw, man, there I go again) but the best way to deal with him might be to just initiate a conversation and see where it leads. Most men will let you know right away if they are uncomfortable with your approach, and Dick might be the same way, but at least that way you can formulate an idea of Dick’s orientation (in other words, determine whether he is straight or gay). You can start out by asking him out someplace (just like any OTHER potential date) and check out his answer. If Dick has ANY degree of intelligence (Ladies, PLEASE DON’T respond to THIS statement) then he will probably figure out at some point that you are a gay man who is “attracted” to Dick (Man, I need to finish this article fast). At that point, it will be “up” to Dick to determine if he wants to start a relationship with you or not. If Dick has the “balls” to accept you as his lover then everything could work out great for you (What, like you didn’t know this statement was coming?). Just be careful how you approach him, because most men who are straight will take issue when being approached by gay men, and you don’t want Dick to get aroused when messing with him (On second thought, maybe you do) (Sorry, you can blame the weather here in Philadelphia)… Here is the Phantom Poet to help bail me out of this mess:

I want everyone to know that I am surely love sick
That’s because I want to be with a man named “Dick”
I am afraid to confront him because I think he may be old fashion
But I really wish I could show how I love Dick with passion
Once I tell him, he’ll know I’m gay, and my cover will be blown
Dick might just curse me out and tell me to go hold my own
I want to confess love to him, but do so through respectable means
You should see how great Dick looks in a neat pair of jeans
So I talked to Dick to see if he could relate
But my heart was broken, because Dick said, “I’m straight”
He said that being gay is stupid… It’s dumb… It’s crazy
And then he introduced me to his girlfriend “Daisy”
I looked, and then I laughed, and realized that he must be love starvin’
Because Dick doesn’t know that his girl used to be my old buddy Marvin
So for all of those bad things he said about me being gay
It ALL now applies to him, because “Daisy” just “made him” that way
Well, I may have lost out on Dick, but I will survive, and then
I realize that there are plenty of fish in the sea… and also “fishermen”…

“Man, I’m SO glad this is over” The Phantom Poet

If you have a topic that you would like to feature for my Daily Thought, please feel free to contact me via email at Brett@love-notes.co

Gary US Bonds and Brett Jolly in concert 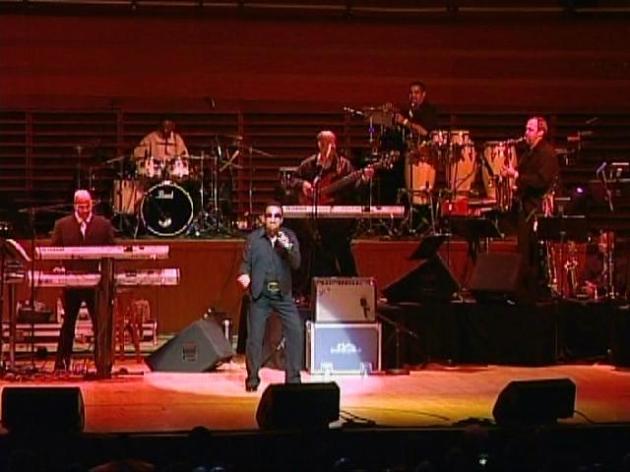