I really enjoyed your column today. One thing I still can’t figure out though is why men are so afraid of commitment to marriage but they like to play games on women. Is it an ego thing?

First, thank you for reading my column. It feels good when people show their appreciation for what you like to do. When it comes to commitment a lot of men become apprehensive because once a man makes that commitment he feels as though he is tied into that relationship for life. For a man who has some  “playa” still left in his system, making a commitment could be the same as “self entrapment”. If his wife puts on 300 pounds later on, he is still expected to honor that commitment. If she cuts all of her hair off, he STILL has to honor that commitment. However, for women, it is not quite the same, because “most” (but not ALL) women will not care if their man loses his appeal. Women love more from the heart, while men are truly more “visual” creatures. A man will tell you that he loves you for your mind and then have his eyes seriously glued to your chest if you wear something with a low cleavage. However, if he “commits” to your cleavage…uh, mind (sorry!) then he usually has an expectation of it STAYING the way he likes it (which is where the “visual” part of being a man comes in). As we get older we ALL change… As for those men who like to play games on women, part of it is in fact ego, and the other part is just plain temptation… A man could have the best woman in the world, but when someone new comes along in a short mini skirt or low cut top that captures his “attention” then “some” men have a tendency to falter. That is where men need to control their urges. Believe it or not, most men who cheat DON’T usually have the actual “intention” of hurting the main woman in their lives (If they did, they wouldn’t try so darn hard to keep their cheating ways secret) but for some reason men always seem to get “caught” one way or another. Those men who are running games do so because they honestly believe they can get away with it without hurting anyone. The truth is that most women would be better at running games on men and getting away with it (if they actually chose to do so). Men are usually more careless and at some point ALWAYS seem to get busted. Have any of you ever watched the Maury show? Those men will go on camera up to the very last moment swearing they have not cheated on their woman, and yet 9.99999999 % of the time the lie detector test shows the man has lied. These guys KNOW they cheated, so why didn’t they just admit it before getting exposed on national TV? As ridiculous as this sounds the best way to hold onto a man is to actually “let him go”. When you tell a man that he can have any woman he wants (but don’t expect to come back to you) it is the same way of giving him his freedom and yet still allowing him to put “himself” in check. It puts him in a position to regulate his “own” ego. It is one thing to keep the gate closed for the dog (and have the dog curious as to what’s on the other side). It is another to open the gate and “dare” that dog to go out…  Give your atomic dog (uh… man….) the opportunity to go wherever he likes, but make sure to let him know that once he leaves that door will shut and locked behind him… A “smart” dog will not venture out past his limits… A smart man shouldn’t either… Here is a better perspective from the Phantom Poet:

I have a question, and I sincerely hope you let me know
When a man starts playing games, is it because of his ego?
Does he tend to view a woman as some kind of trophy?
Does he even want to take the time to get to know me?
Why is it so difficult to find a man who can be trusted?
And not have to worry about him always getting busted?
Will I ever find a man who will just commit to me?
Or is a game player all I can expect him to be?
Once he finds a cute woman who he likes without a doubt
He can date her, but when he returns, he will be locked OUT
He can then talk all that crap about how he loves me and would never harm me
But if he wants to get his clothes, then he’d better check the Salvation Army
And his favorite CD’s will be scattered all over the lawn
His computer I’ll take to the shop… for pawn…
His Nintendo is now nothing but fuses and wires
And he will now have to go to work on four flat tires
As for me, I added a whole new chapter to this caper
Tonight, a new man will be sleeping in his bed, and it will be our neighbor
He said he has always wanted the opportunity to live with me here
And oh, by the way, he just drank up ALL of your beer
So when your man wants to play games on a woman, it’s best that he know
We women can get another to take your place, and he’ll be ready to go
So if you want to go cheat, you’d best be a little more apprehensive
Because when we start breaking up all your stuff, it can be fairly “expensive”

If you have a topic that you would like to feature on my Daily Thought, please feel free to contact me via email at Brett@Love-notes.co 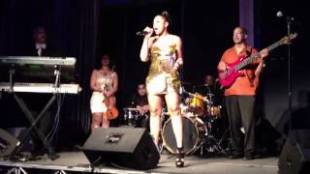