Mr. Jolly, I would like to know where all the good men are? I am tired of dealing with bums who can’t make  up their minds what they can or can’t do. It seems like each time I date a man he has some kind of issue going on. He is either married or living with someone, doesn’t own a car, doesn’t have his own place or doesn’t make enough money to allow him to incorporate a good woman in his life. A woman wants to feel secure and loved. I don’t need to support a man who has less than I do. What can I do to find Mr. Right for me?

The first thing you need to do is “define” what you consider to be a “good” man. A good man doesn’t “have” to  own a car or make enough money to allow him to incorporate a woman in his life. That won’t necessarily make him “good.” In fact, a man  with a lot of money is more likely to cheat on you because he has the resources to do so. “Do you believe a sanitation worker can be a good man?” They have jobs, and they work hard for a living. They may not have a high status of employment but that doesn’t mean that they are incapable of treating a woman right. Would you ever consider dating a  sanitation  worker if he was determined to be a good man? You see, “finding” a good man may not really be what’s at stake. “Recognizing” a good man when you encounter one might be the real issue. A “rich” man who only “tolerates” you will give you whatever he can “spare” to keep you satisfied. A man who truly loves you (but doesn’t necessarily have the  resources of a wealthy man) will only love you with “everything he has.” If you  determine that the definition of a “good” man should be based on money then you may “never” find true happiness in a relationship. However, if you judge a man according to his “heart” then you might have a better chance of “finding” that “good man.” This doesn’t mean that you should go looking for the poorest man you can find. If a man is between jobs or at least looking, then he has “potential.” It might be worth it to deal with him until he gets  it all together. He might appreciate you even more for sticking with him through the “tough” times. If he is married or living with someone then you shouldn’t be dating him at all, because by doing so you are only “contributing” to his infidelities. Of course, most married men won’t reveal their circumstances to you, but it shouldn’t be difficult to determine. If you have no means or information to contact a man at home, then that man is “married (or shacked up with someone). It is important to be able to look “beyond the surface” when it comes to dating men. Years ago I knew a female friend of mine whose name was “Irene.” Irene was a devout Christian woman who wanted a man in her life. She wanted her man to be “good looking, tall, light skinned and affluent.” She had joined Christian dating sites and never got any responses from men who fit the criteria she was looking for. She did, however, get a response from this man that she had no “appeal” for at all. He was  somewhat short, very dark skinned, not overly attractive and the exact opposite of what she desired. She was cordial to him, but for years she wouldn’t agree to meet him (because she didn’t want to give him any false hopes). Well, one day they actually “met up” and went out on a date. After getting to know him she found that he really wasn’t a bad guy at all. In fact, he treated her really well. Well, as time went on he wore her down and “grew” on her. She realized then that this man was the one for her and they both eventually got married and had a family. The moral of this story is that God knew what she wanted, but HE opted instead to give her what “she needed.” She has said that now she is happy with a great man who makes SURE that she has “everything she needs.” Her blessing came in a form that she didn’t readily “recognize” at first. If you desire a good man, then there ARE good men out there. As with “any” present, the “wrapping” only makes the gift seem “presentable.” No matter how good or bad the wrapping may be, it’s what’s “inside” that counts. I hope I have been of some help today, and thank you for your topic. Have a great day. 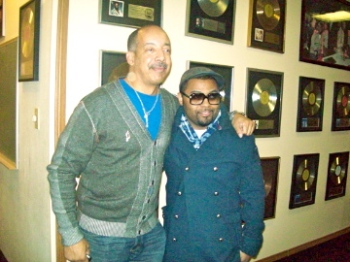 7 thoughts on “Brett Jolly’s Daily Thought (Topic: “Where are the good men?””