Mr. Jolly, I believe I have a stalker. This man is not in my hometown, but I made the mistake of making him a friend on Facebook. He seems OVERLY concerned about my children (He has never met them) and he found my phone number and calls me often. I tried to play it off at first but then he started to tell me that he loves me and he knows I love him back. He did research on me and discovered my old jobs, the places where I used to live and he knows about members of my family (things I never old him). When I tried to tell him that I am not in love with him then he got really angry. He keeps saying that we are meant to be together and he is looking forward to the day we are married. Mr. Jolly, I have never in my life met this man. I am so sorry I ever made him my Facebook friend. Somehow he knows all my private information and he is scaring me. I don’t want to get him angry. What can I do?

First and foremost, you need to report him to the authorities (You can report him to the police in your home town and also in his area). Next you need to print out any and ALL conversations you have had with him on Facebook (BEFORE you delete or block him). You should also save any voice mail recordings that you have as evidence. When it comes to Facebook stalkers you are by no means alone. Many people have had to deal with delusional people with issues online. I have had my own dealings with an online stalker. She was from another city and she claimed that I was visiting her city and spying on her with some short dark skinned woman. She also claimed that I was controlling her television and internet. Finally, she told me that she was going to report me to “Internal Affairs.” Well, I told her to never call me again, and to seek professional help (By the way, I never physically met her either). She told me that she will see me in court. I am sure she went to the authorities but once they heard her story it would go no further. Fortunately, I have not heard back from her since then (She has also been deleted as my friend on Facebook) but I am still cautious. In your situation you cannot let your fear compel you to be “inactive.” If you are afraid of angering him then you will only succeed in making your own life miserable from constantly being on the lookout. The police, your friends, your neighbors and your employees need to know of this individual, and if possible supply them with “pictures.” We all know that there are “troubled” people in the world. For this man to “search” for your history data means that he has a strong “infatuation” for you. That should NOT be ignored. You don’t want to say anything to “set” him off but you need to know his history as well, and that is where the authorities can come in. Chances are if he is stalking you now then he has probably stalked others in the past, and if he is a repeat offender (or on any type of probation) then the authorities have justification to cart him off to jail. The worst thing you can do is blame yourself for his behavior. It is not your fault. For people who are mentally “imbalanced” there is no way to tell “what” will set them off. You need to press charges against this individual when possible (If not for your own sake then for the sake of your children and possibly other women that he may torment in the future). Since you don’t know this man then you also don’t know what he is capable of… Don’t take a chance and dismiss this as “insignificant.” If he can go through the effort to dig up your information then he is capable of coming to see you “uninvited.” Once you report it to the authorities they will explain your options to you. No one should have to live in fear of crazed individuals. However, there are too many of them in this world for you to think you can avoid “them all.” Before making someone a friend on Facebook make sure that you “read” his or her profile page first. Often you will see “something” there that will implicate him or her and raise a “red flag.” After checking it out, if you don’t have a good feeling about this person then by all means don’t accept him. You cannot control the actions of others online (ESPECIALLY when it comes to Facebook), but you can stop it from going too far. Do yourself a favor and contact the authorities NOW before it gets any worse. Good luck to you and please follow up with us on this story 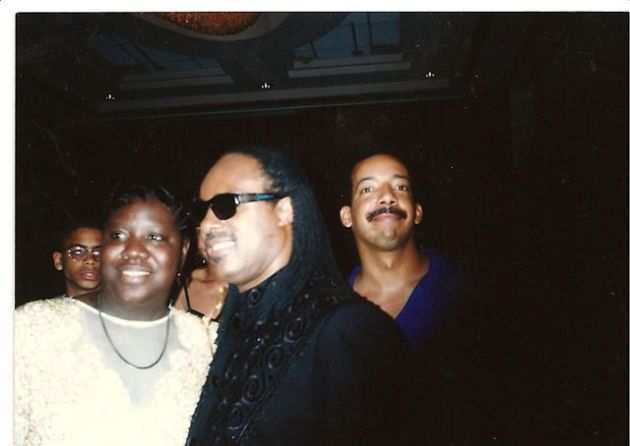